This Is How A Bull Market In Oil Is Created 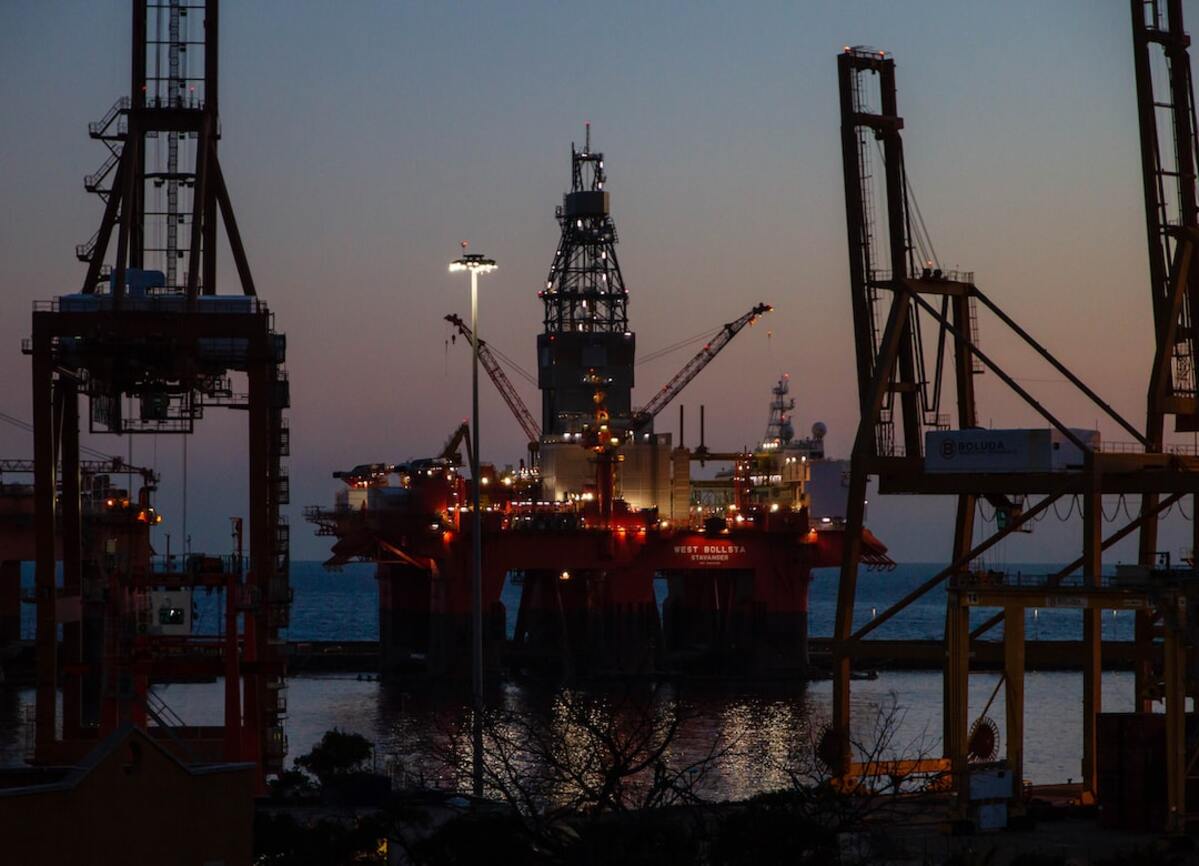 That was a headline this week from Reuters that summed up the state of the oil market.

Oil’s 37% decline since peaking above $120 in June investors are walking away from oil.

But they shouldn’t be.

Everything is still in place for oil to be one of the big turn around plays in 2023.

And, as you’ll see below, it could be oil’s biggest run ever.

Oil is one of the most cyclical industries in history.

There are long booms and busts. Each lasting years, sometimes decades. Then the cycle repeats.

The catalyst for every oil bust was overinvestment in production.

When oil prices are high, oil companies invest aggressively to expand production and cash in.

The current run in oil prices is completely different.

And it could lead to a major, long-term bull market in oil.

While oil prices have hit the highest prices in the decade, oil companies haven’t invested aggressively to ramp up production.

In fact, the companies have actually reduced capital investment in production to historically low levels.

Take a look at this chart from TopDownCharts.

They’ve put together a chart that has a ratio of the industry’s capital expenditure to assets.

This ratio shows the level of investment in new oil production.

The ratio is high when oil prices are high because of the surges in investment.

The ratio is low when oil prices are down because oil companies cut back on investing in new production.

Right now, after a year when oil prices average $90/barrel, should be high.

But the ratio is actually far lower than it has been during past oil bear markets. 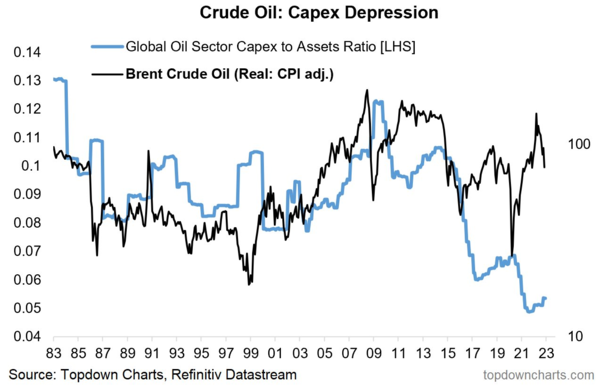 This is a clear indicator that oil companies are not just not investing aggressively, but are barely investing at all.

It’s also the kind of move that can support sustained high oil prices and that could see oil prices skyrocket in a global economic recovery.

Right now oil has fallen out of favor.

This chart shows that won’t likely be the case forever.