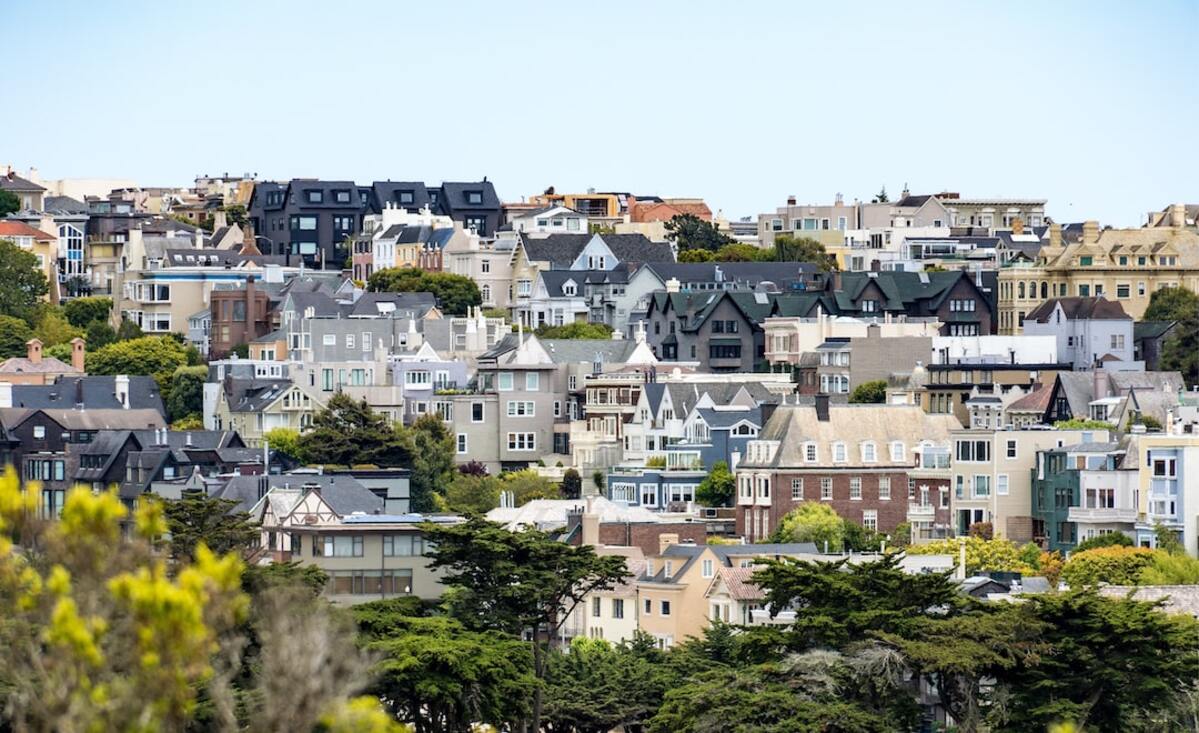 The waiting is the hardest part.

A major correction in most housing markets is coming.

Although, below, we make a less-than-widespread case that the big drop will likely end up being a mere correction in most places.

Still though, the formerly red hot markets are going to get creamed.

The first one to go was once one of the hottest.

San Francisco’s housing market has been in sharp decline over the last year.

The chart below from WolfStreet.com shows the media price of San Francisco area homes going back to 2015.

You can see the big spike and following drop: 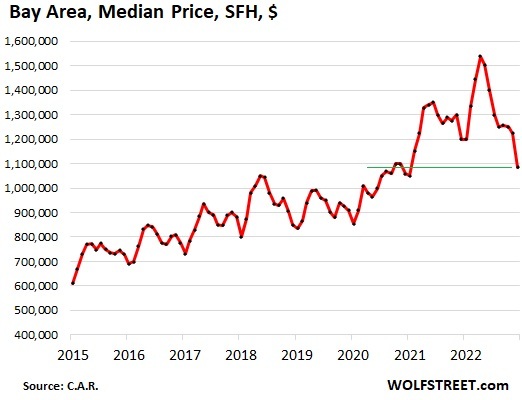 The chart shows the likely future of a lot of other housing markets.

That was a solid, but not crazy 9% annualized average.

Then the pandemic hit and they just soared from $1 million to $1.5 million.

But it was too crazy to last.

And it didn’t either.

The median price is now down more than 30% to just a bit over the pre-pandemic price.

But more importantly, the current median is back on the same growth path it was before.

Prices are high, but not unsustainably high.

And this is San Fran where the real estate market is one of the highest in the country.

And after looking at this, you will have a better understanding of why we have developed a different forecast for housing in the United States than most others.

If you look at most analyses of the housing market, there are many predictions for complete collapse.

That’s not our view because you have to look at all the factors.

Obviously, the bear case is strong.

Interest rate hikes have pushed mortgage rates to the highest in years. Consumers are getting squeezed. Disposable
income is down. Most housing price measurements are at historic highs.

There’s a lot of room for housing prices to drop.

But, on the other side, the world has unleashed one of the greatest inflationary binges in history.

In the U.S. the money supply has increased by about 38% since the pandemic began.

Therefore, there will be 38% average inflation across all goods and services.

Housing will be seeing a definitely higher price floor well into the future because of this.

That leaves housing in kind of a tough spot for the foreseeable future if you’re thinking of investing.

There are real risks of a slowdown and prices correcting. But there’s also support for higher prices too.

That’s why our bet is that housing may be volatile, but it will be a low-return area for a long time to come.

That’s a bit “radical” with many forecasts for a 2008-style collapse.