Catalyst For Next Market Downturn 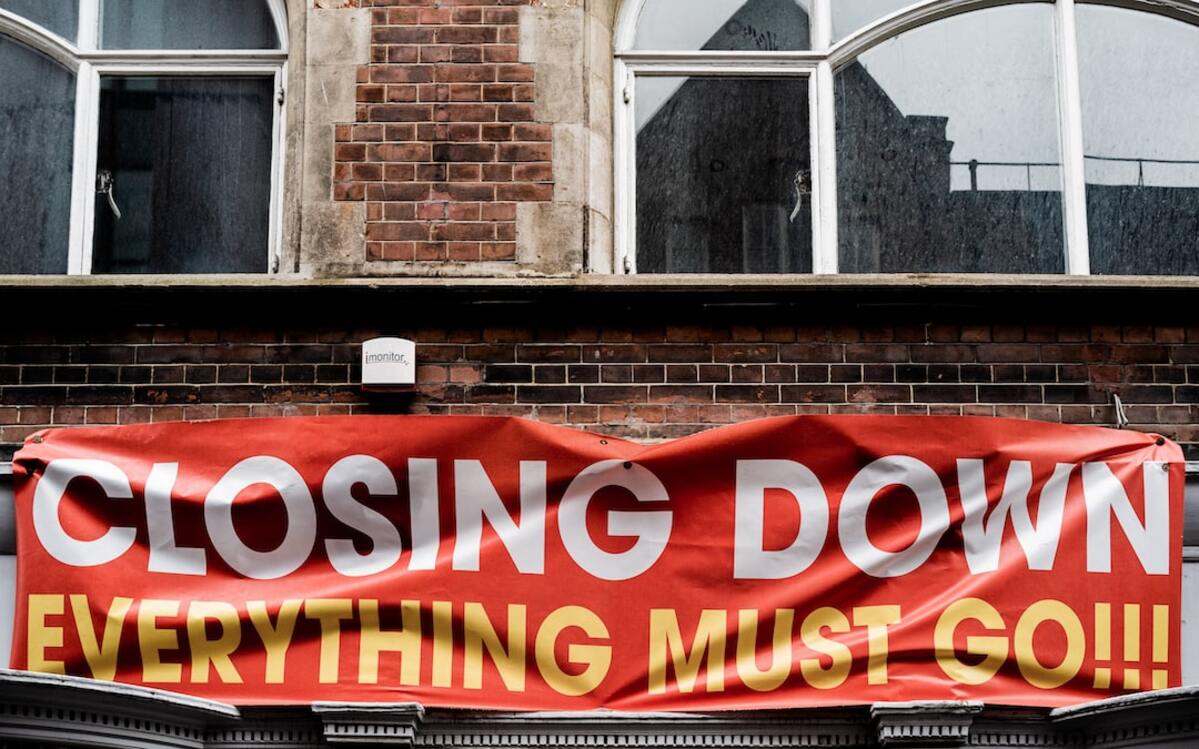 This Could Spark The Next Major Sell-Off

(And It's Only Weeks Away)

The single most power force that prevented a full on stock market meltdown in 2022 is starting to crest.

If it turns fast enough (which we have some charts showing it could), there could be a major correction ahead to start the year.

We’re not trying to scare you.

Just want to make sure you’re ready for it, see the risks coming, and are there to reload when and when it has run its course.

The Upside Of Inflation

One of the most beneficial things to stocks over the past couple of years has been inflation.

Inflation is awful for nearly everyone.

Consumers are getting crushed.

Real misery is on the rise.

And people are having to make major life changes that are only a result of crippling inflation.

The one case it’s not nearly as bad, though, is for owners of highly indebted companies.

And that’s what most investors are – especially considering the debt levels of S&P 500 companies.

The inflation has helped them in multiple ways.

It has reduced the relative burden of their debt and kept topline revenues higher than they would be otherwise.

The latter part there – revenues – is the key we’re watching here to spark another major downleg for stocks.

Because if revenues dip, it could cascade quickly to cut the fundamental valuation legs right out from under stocks.

Revenues were up quite strongly during that time and was undoubtedly a positive booster.

But that revenue boost (even if it’s mostly driven by inflation) might be going away fast.

This chart from Yardeni Research shows precisely how forecasted revenue in 2023 and 2024 are well lower than 2022 and they’re falling: 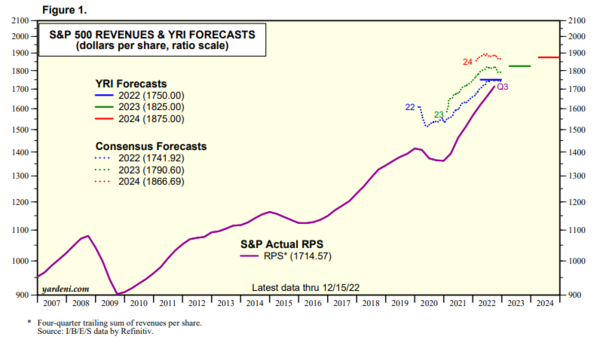 The chart shows the forecast of revenue growth for the S&P 500 is about 11% over the next two years.

That’s pretty pathetic in a 4% inflation world we could be living in for awhile.

But it gets worse.

A drop in revenues would likely cascade into pushing down margins, earnings, and stock prices too.

This is another Yardeni Research which shows how fast operating margins are expected to collapse just from less growth in topline revenues: 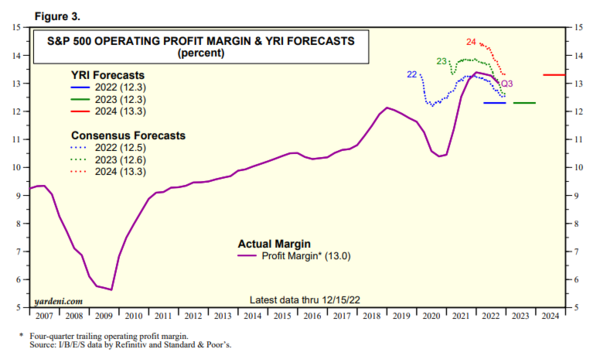 The margins could be in position to go nowhere.

But if the recession is deeper than these forecasts predict, margins and earnings could evaporate.

If that happens, watch out below. The major stock indices are going to retest lows of 2022 and could set new ones.

We’re just going over this now so you’re ready.

Earnings season is coming up in a few weeks and, with this in mind, you stand to be well positioned to be ready for even the worst-case scenario that’s not even featured on these charts.