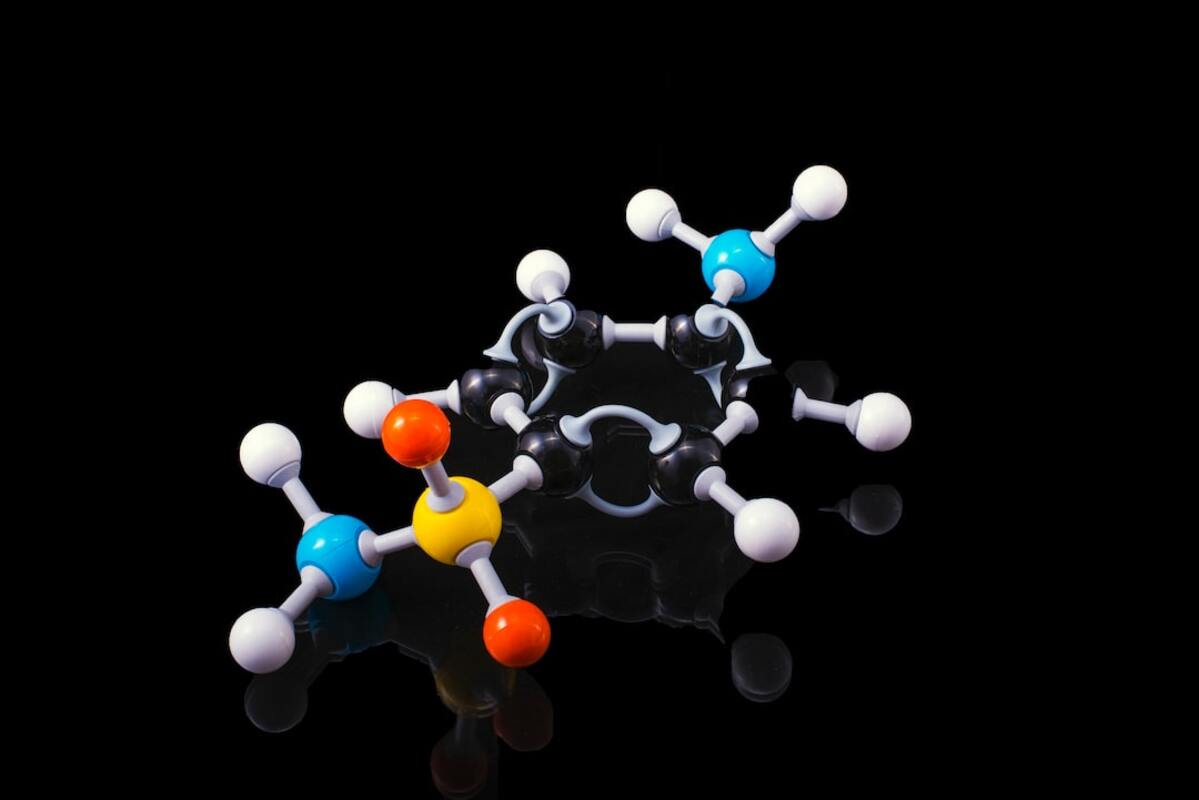 You’re going to remember reading about this now.

It could be like buying electric vehicles (EV) or lithium stocks in 2010.

But it’s so early the headline growth numbers are just a few billion dollars per year.

Now, as it did then, that will change fast and even small early bets could turn into fortunes.

You’ve seen charts of EV sales like this one from Green Car Reports: 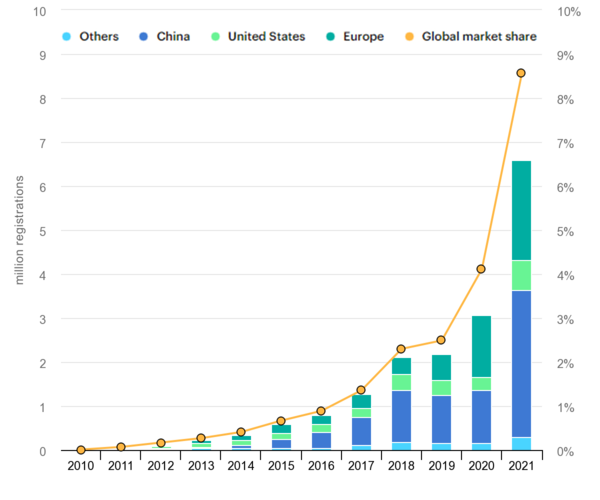 It shows the explosive growth of EVs over the last decade.

It happened relatively fast too.

But there’s another sector entirely on the verge of going through the same incredible growth cycle.

Here’s a chart from Precedence Research that predicts a huge rise in hydrogen fuel cell market: 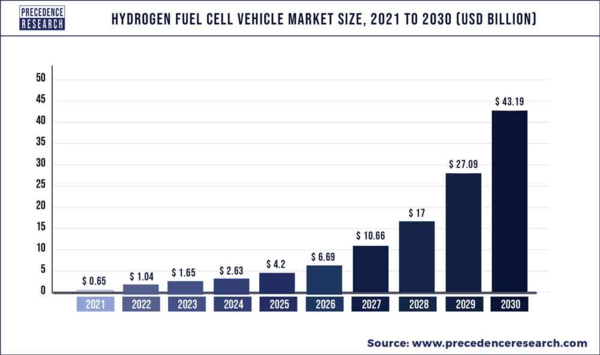 If this forecast turns out as well as the EV ones did a decade ago, hydrogen will be one of the biggest growth sectors of the decade.

Next time we get together we’ll look at what’s driving all this (e.g.: it’s not the much overhyped hydrogen-powered cars) and the best ways to play it.