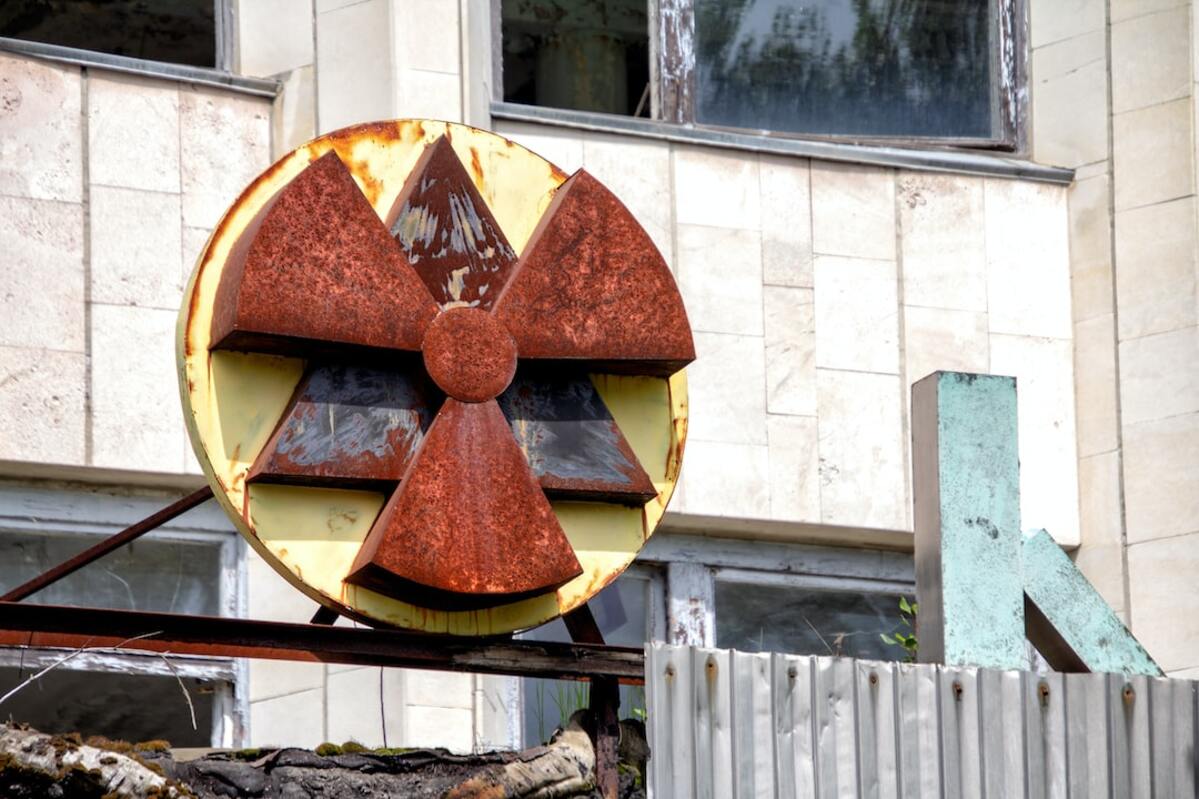 The sky's the proverbial limit on this one.

Because uranium prices are back on the move.

They’ve been slowly building up for years.

But now there’s a catalyst set to hit in the next few months that could kick the unfolding bull market in high gear.

This could be one to watch because when uranium prices move, they really move.

Uranium is a metal that hasn’t had a big run in ages.

It’s had two big runs over the last 50 years.

Uranium’s first big run-up came at the height of the energy and inflation dominated 70s. Uranium prices climbed from trough to peak 400%.

Then the bubble collapsed and it didn’t really catch an upturn again until around 2002 when the commodities bull market was getting goin.

The boom and bust nature of commodities is amplified in uranium because its value is practically unlimited.

The amount of energy uranium can be converted into is exponential.

For example, uranium can generate 16,000 times more electricity than the equivalent amount of coal.

As a result, the power plants can pay high prices and still make plenty of money.

Which brings us to the current uranium market.

Uranium On The Verge Of Explosion

Uranium appears to be in the midst of the early stages of a bull market run.

The fundamentals of supply and demand are tightening quite a bit.

It’s the supply side where uranium prices are going to be driven from.

And supply hasn’t been growing much.

Uranium prices last peaked in 2008 and investment interest in new uranium production has declined steadily in the 15 years since.

So there aren’t many new mines or discoveries on the way.

On top of that, there’s also Russia, a key supplier of enriched uranium to the world.

Russia provides enriched uranium by dismantling its arsenal of nuclear weapons through the “Megatons for Megawatts” program.

This program provides more than a third of enriched uranium the United States burns through.

Obviously, it could be halted at any time for any reason.

That’s all why the recent upturn in uranium prices is particularly compelling.

It could be a leading indicator of major supply disruptions to come.

Here’s a chart of the uranium price over the last 50 years from Mining.com: 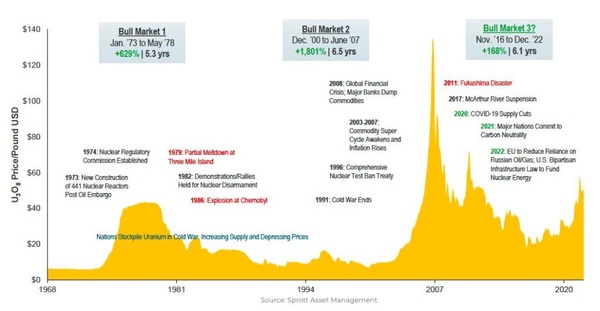 You can see the bubble and bust nature of uranium.

Our focus is on the 2008 bubble and subsequent bust because that has left the uranium mining industry in a severely underinvested cycle.

Because that could be the starting point for a big move in uranium prices in the next few months..

One of the biggest changes to the uranium market is set to take place in just a few months.

It’s a project from a company called “ConverDyn” and it could provide the spark that takes the building uranium bull market to an entirely new level.

Yellowcake is the natural uranium made up mainly of U238 isotope.

Within that about 0.7% is the highly radioactive U235 isotope.

It is U235 that is mainly the fissile material used in bombs and power plants.

And that’s where the enrichment cycle comes in.

The UF6 is then used in the enrichment process – either gaseous diffusion or centrifuge – to separate out the U238 and increase the U235 share and make “enriched” uranium much more radioactive.

That’s where ConverDyn comes in.

ConverDyn, which is a joint venture between General Atomics and Honeywell (HON), has announced it has received a license and approval to restart the Metropolis Works plant in Illinois.

This plant was where the last UF6 plant in the United States was and closed in 2017.

Restarting the plant could be a big driver of uranium consumption and propel uranium prices higher.

The Sprott Uranium Report recently wrote about this:

A key development expected in the first half of 2023 is the restart of the U.S. conversion facility, ConverDyn.

Once new conversion capacity comes online, we anticipate an industry shift from underfeeding to overfeeding (using more UF6 as feedstock to produce more enriched uranium) should significantly increase uranium demand in 2023 and beyond, which is ultimately supportive of uranium miners.

Again, this is just one event that could turn a uranium bull market into something even more lucrative.

With that in mind, we’re going to look at the three best ways to ride the uranium bull market tomorrow.