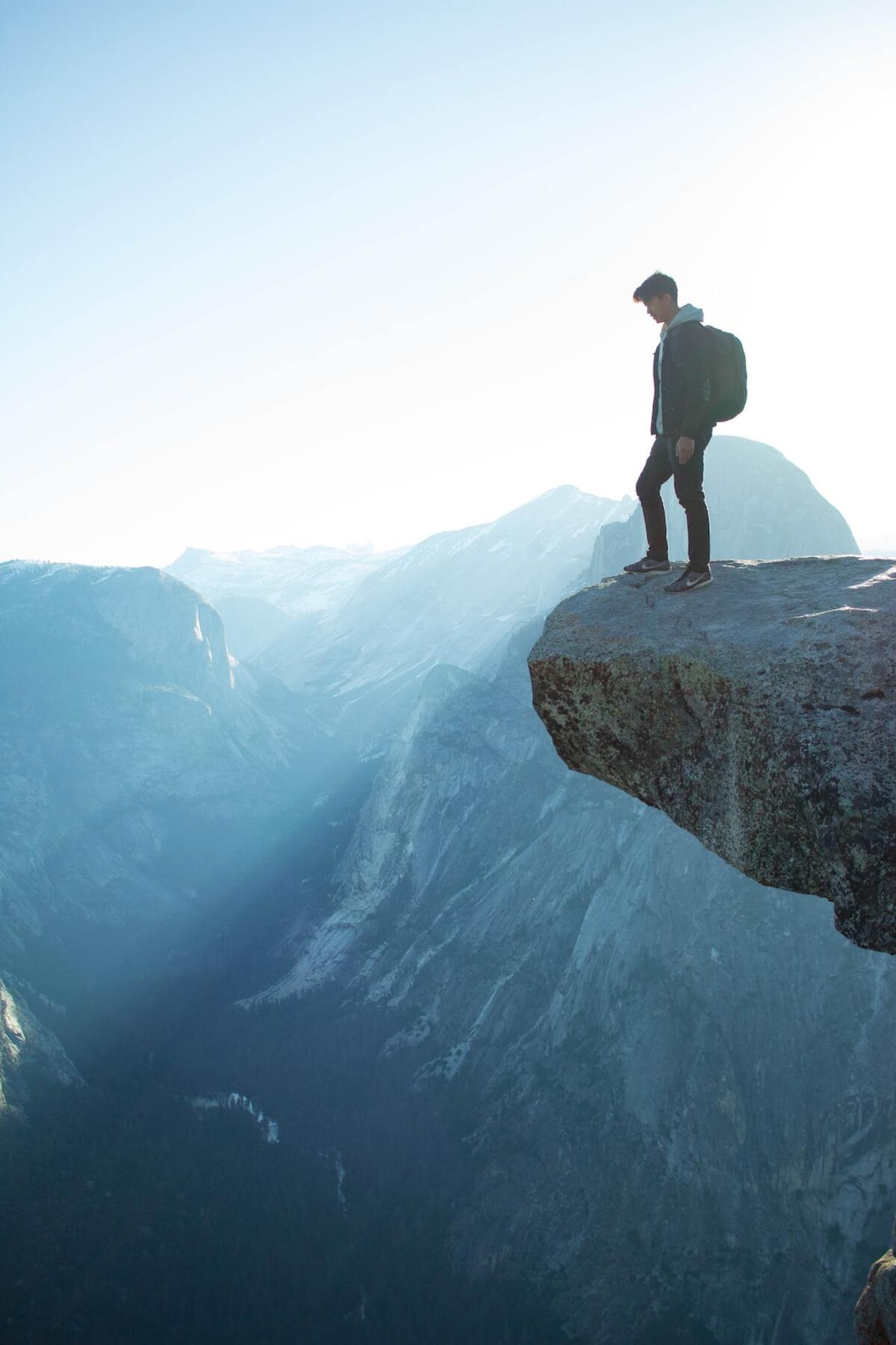 The Truth About Those "2008 Repeat" Charts

Don’t get me wrong…

The most significant stock market downturn in 2023 won’t be as dramatic as 2008.

But it’s all shaping up to be worse than 2008 if you don’t see what’s coming with clear eyes.

By now you’ve seen one of the charts like the one we have featured below.

These charts show a chronological correlation that relates today’s current market path to 2008.

They’re easy to understand…“Look at what happened last time…it’s about to happen again!”

If it was that easy, anyone with a basic charting service would be billionaires.

And these charts do get attention.

This one was posted here and we’ve included it below: 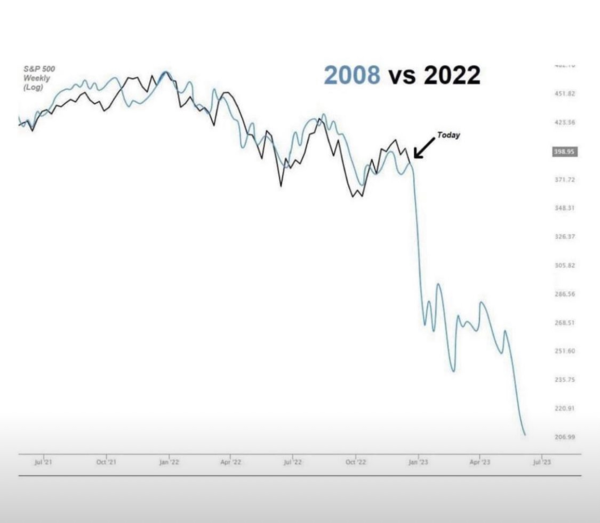 You can see right away why it’s so effective.

The correlation between the market’s current run and 2008 is uncanny.

History, however, rarely repeats with such precision.

There’s two reasons not to expect a 2008 repeat.

First, the 2008 crash was preceded by historic levels of confidence.

The prevailing themes were: housing prices only go up, “Peak Oil” will keep oil prices high forever, and China has “decoupled” from the rest of the world and its GDP will grow at 8% forever.

All of those were pervasive beliefs and only “permabears” couldn’t see it.

This time around there’s much higher levels of fear and uncertainty. I mean, is anyone now at least a little worried about stocks right now?

It was driven by liquidity. Well, technically, illiquidity.

Banks were extremely leveraged. Hedge funds were leveraged up on everything from debt to stocks.

When everything turned, no one had any cash to be a buyer.

This time around banks are well-capitalized and there are fortunes waiting on the sidelines waiting for a crash (look how quickly things turned in 2020 for similar levels).

This doesn’t mean the next downleg won’t be bad.

As mentioned above, it may be even worse.

Everything is going against stocks maintaining their historic highs.

The necessary factors are in place for a long and deep recession.

The Fed is pushing to slow down what it sees as a strong economy.

Housing is headed for an overdue downturn.

Unemployment is just starting to rise.

All of those are normal in a recession. You’ve been through them. We all have.

What’s different now is the Fed is still raising rates, inflation has drained consumers’ savings to help keep spending during a downturn, and government policies are still focused on restricting growth and development than the opposite.

It’s a recipe for a long and sustained sell-off with stock prices at or near historic highs.

You can see it coming and so can most everyone else.

That’s why we don’t expect a sudden crisis bottom and recovery like in 2008.

But something worse. A slow and steady decline which is just as destructive.